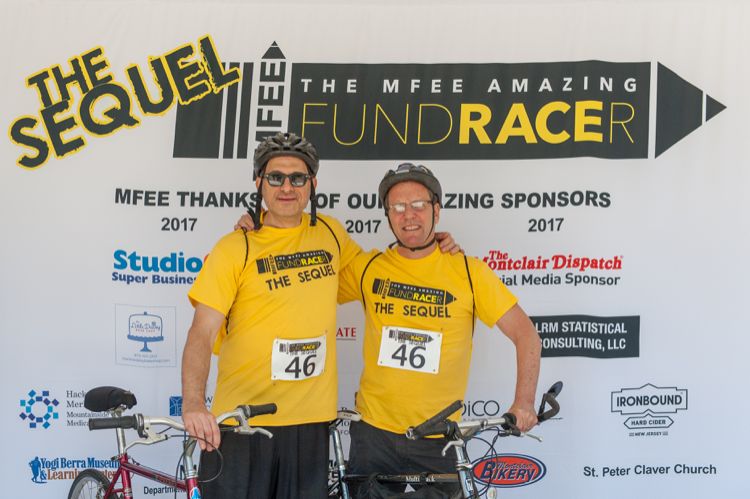 We're Rob Rubin and Ray Hoffman (Team TWSS - That's What She Said), and we hope you’ll donate to our team. Rob has a daughter in 10th grade and a son in 8th grade at Renaissance. Ray a daughter in 9th grade at MHS.

In the last Amazing FundRACER, we placed 7th by eating scorpions, overcoming teams communicating with advance scouts and ultimately, losing by sabotage. We’re still sore (TWSS) and looking for revenge.

Help Team TWSS raise the minimum of $500 to compete! For every additional $125 that they raise, they’ll get a LegUP -- a special coin that buys a clue, an advantage, or an opportunity to gently sabotage another team in the race.  While teams can’t buy their way to victory, a few LegUPs can give teams a nice boost!