Help The Greatest Gales: The Sequel Compete in The Amazing FundRACER! 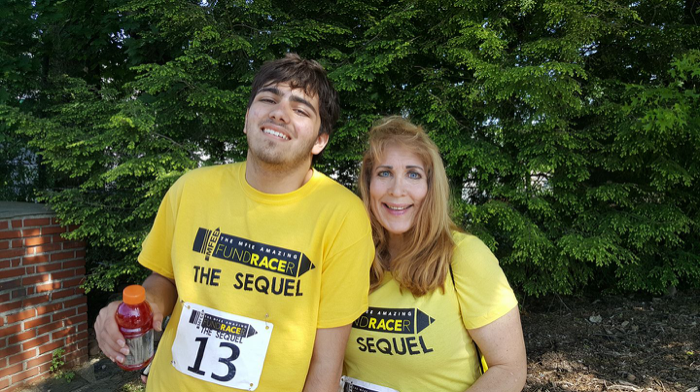 Noah Gale and his aunt Maddi competed in the MFEE Amazing FundRACER: The Sequel two years ago and they had such an outstanding and phenomenal time that they decided to compete again!

Noah graduated Montclair High School last June and is currently on his gap year volunteering at Edgemont School with kindergarteners and 2nd Graders. Next year, Noah will go to Montclair State University where he will major in Early Childhood Education and his dream is to be a Kindergarten teacher in the Montclair Public School district one day.

Maddi is excited to compete in The MFEE Amazing FundRacer 3.0 with her nephew Noah!

Help The Greatest Gales: the Sequel raise the minimum of $500 to compete! For every additional $125 that they raise, they’ll get a LegUP -- a special coin that buys a clue, an advantage, or an opportunity to gently sabotage another team in the race.  While teams can’t buy their way to victory, a few LegUPs can give teams a nice boost!

Shout Outs For The Greatest Gales: The Sequel

"Wouldn't be a Fundracer without your team!" ~ Christina Axelrod, $25

"Go Noah and Maddi! You both are an inspiration!!!" ~ The Carmichael Family, $50

"Go Gales ~ Madeline and Noah! Wishing you both all the best to having a fun and victorious sequel!" ~ Deborah Rowett, $25

"You are the best Mr.Gale! Thank you for helping at Edgemont this year, we loved having you and think you will be an amazing kindergarten teacher! Thank you for racing! We are cheering for you!  ~ Aria from Ms. Dharsi's class, $25

Donate to help The Greatest Gales: The Sequel compete! All proceeds support the Montclair Public Schools.